I know that these guys have been rocking around for some years, but as an engineer and amateur musician I couldn’t resist the temptation of writing about them in this blog. Compressorhead is a rock/metal band where all the members are robots. 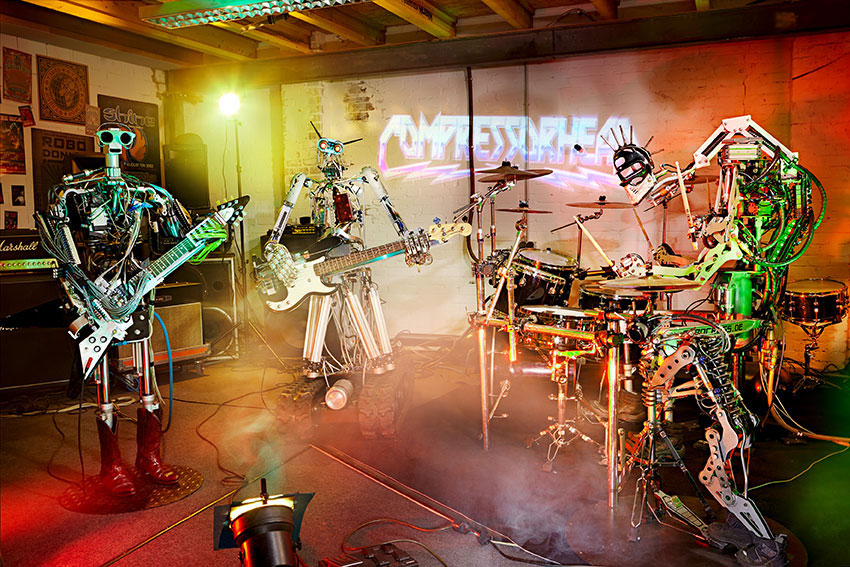 As if this were not enough awesomeness they also sound pretty decent (specially for being robots) and, this is what I find more amazing, they headbang while playing their music.

But the story of Compressorhead doesn’t limit to a few performances at local clubs. They have gigs with lots of people as you can see in the next picture. 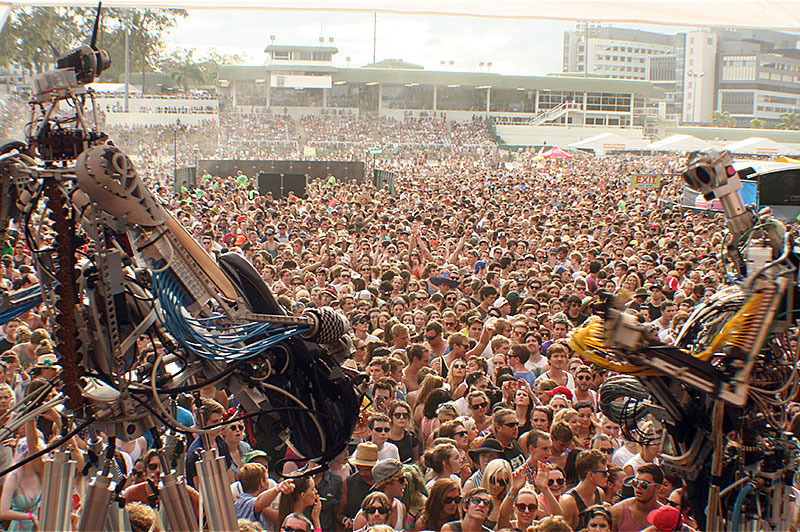 Of course they are still far from a human performer and they sound a bit mechanic but anyway I think that they are amazing. Playing a musical instrument requires very subtle and precise movements and seeing a robot capable of doing it makes me wonder what will the future bring to us. OK, it is true that there are robots being used as a surgeon assistant and they probably are even more subtle and precise than these. But I think that Compressorhead have also another virtue: They catch the “spirit” of a rock band perfectly with all their movements and headbanging.