Yesterday was the first day of lectures.
We woke up and walked straight to the congress Venter to attend the first keynote session.

After the lecture we had the first coffee break. We made the most of the coffee break since we didn’t have had breakfast that morning.

The rest of the day was dedicated to the thematic sessions. We attended the ones about Derivative—Free methods since Ana was presenting later at the same room.

The first block lasted an hour and half, and after it we had lunch. In the following picture you can see a dish of «bacalhau a dourada» 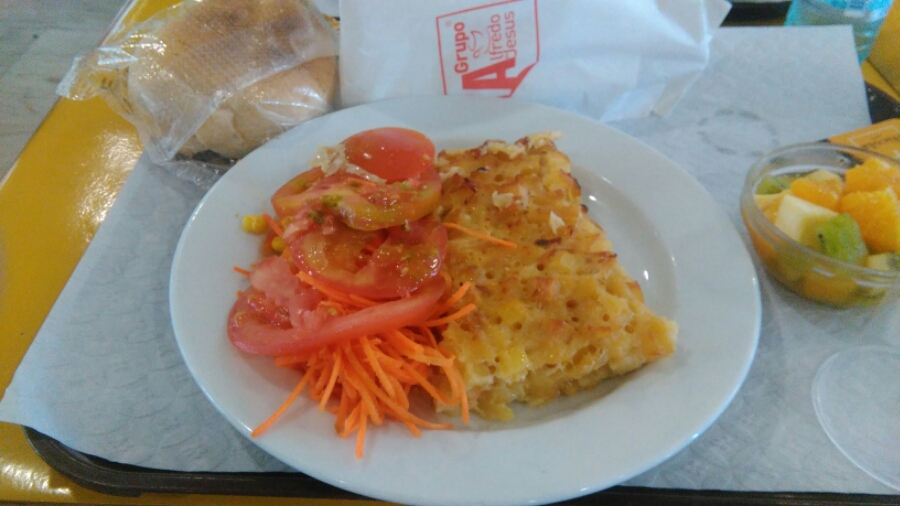 After lunch we returned to the same lecture room since Ana was presenting his paper about microwave filter design. That evening we had a second coffee break and we also attended some talks about inverse problems.

Then we went back to the hotel to take a short nap before heading to the congress reception at the Palácio Pimienta. The gardens of the palace were really nice, there was a porcelain zoo and there also were a lot of (alive) peacocks. 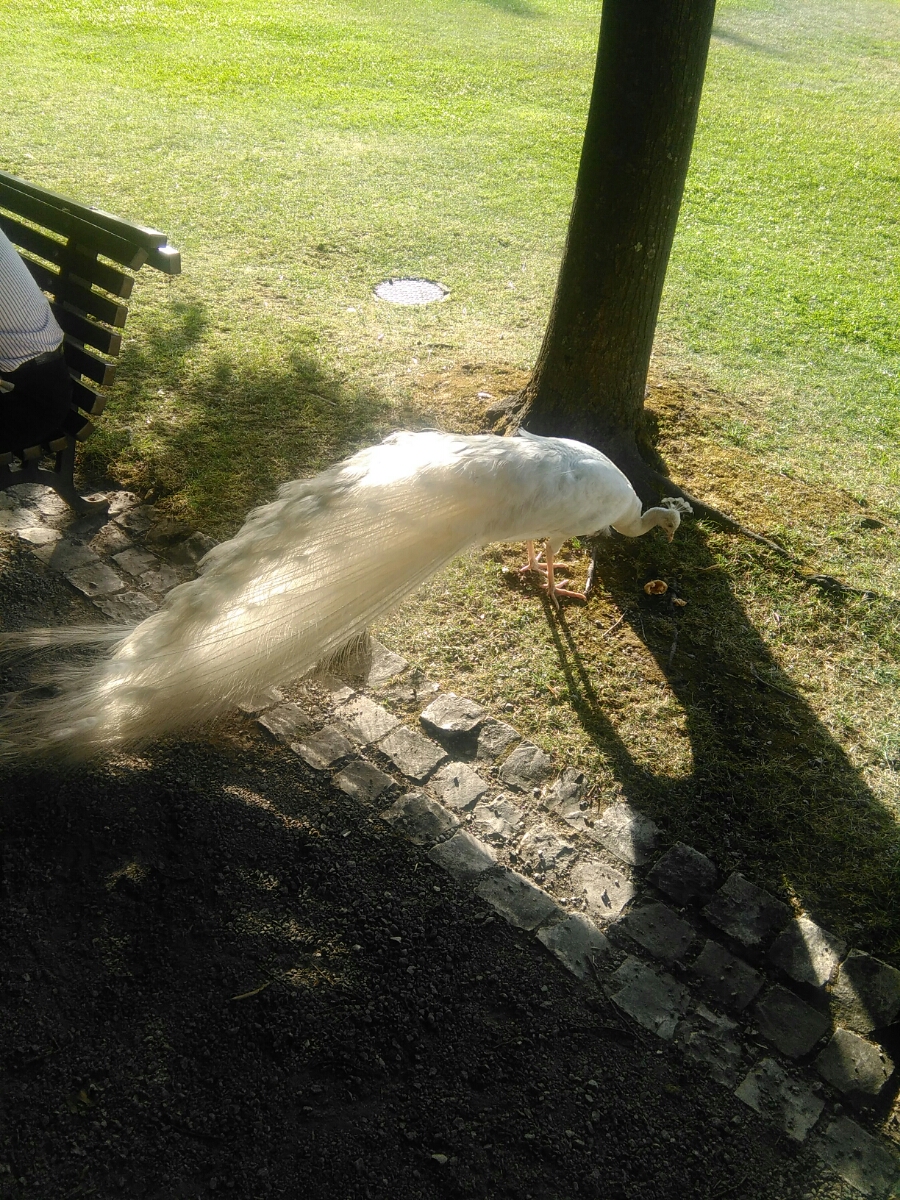 White peacock stealing a snack from a congressman

At the diner time we went to the port area and we had some awesome fish (dourada grelhada) at a small restaurant. 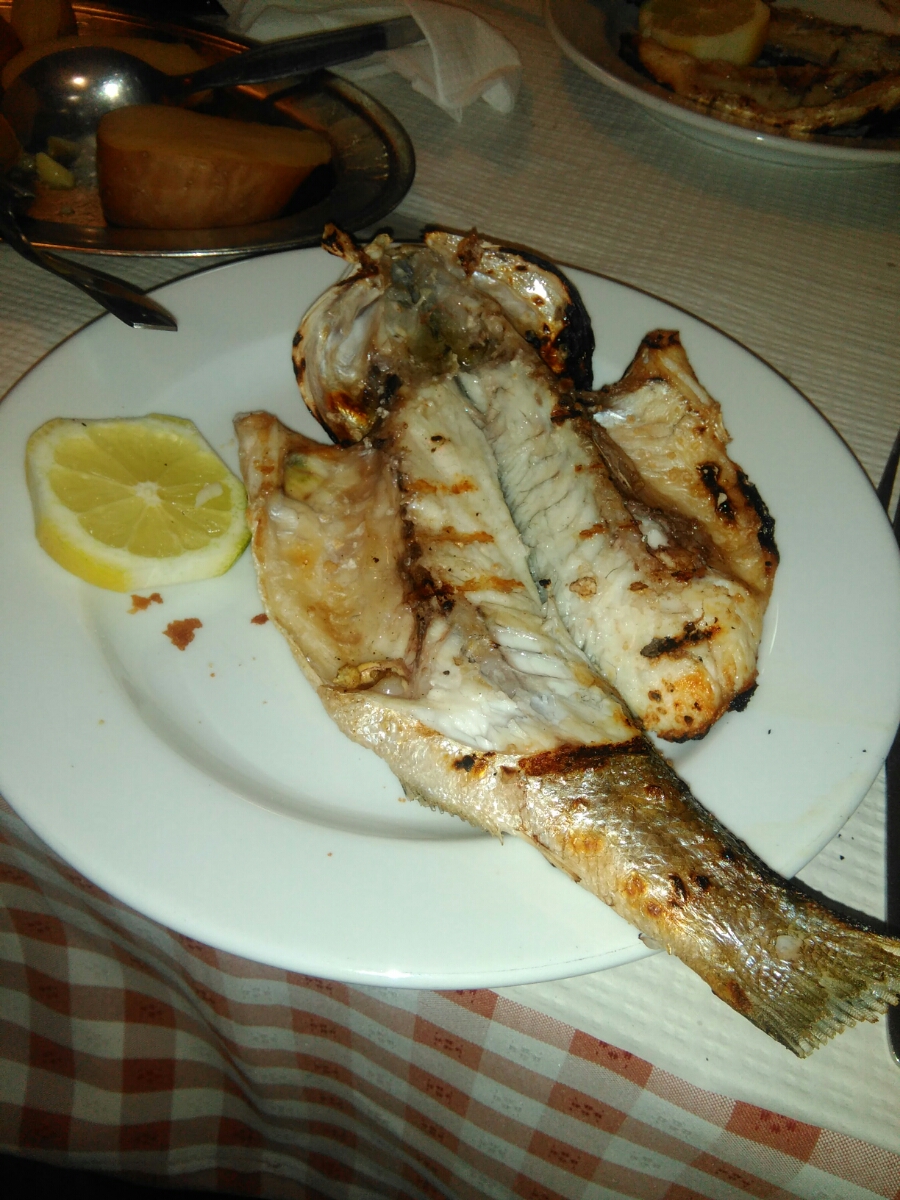